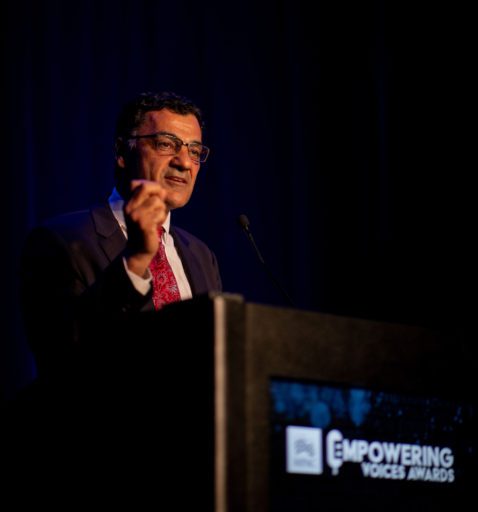 Nationally recognized for his commitment to improving the public understanding of Islam and policies impacting American Muslims, Salam is president and co-founder of the Muslim Public Affairs Council. He oversees MPAC’s groundbreaking civic engagement, public policy, and advocacy work.

He is an expert on Islam in the West, Muslim reform movements, human rights, democracy, national security, and Middle East politics. He has spoken at the White House, Capitol Hill and represented the U.S. at international human rights and religious freedom conferences.

His writings have appeared in every major national news publication (including the New York Times, Wall Street Journal, Washington Post, and Los Angeles Times). Read his most recent op-ed in the LA Times on why Muslims don’t need Trump to tell them when to report criminal activity.

His interviews have been featured on national and international news outlets (including CNN, MSNBC, Fox News, and C-SPAN). Listen to Salam speaking on CNN International this year about Donald Trump’s trip to Saudi Arabia.

Salam also spoke on CNN about the backlash against Muslims following ISIS attacks.

Because he believes that community development is essential to fully integrating Muslims within America’s pluralism, Salam has facilitated hundreds of civic engagement workshops around the country—from rooms of five people to conference halls of hundreds.

Salam is an adjunct faculty member at Bayan Claremont, a board member of the Muslim Reform Institute, and an advisor to several political, civic, and academic institutions seeking to understand the role of Islam and Muslims in America and throughout the world. Deeply involved in interfaith activities, Salam was co-chair of the Interfaith Coalition to Heal Los Angeles, which formed in the wake of the 1992 Los Angeles uprisings.